So here’s an iTunes question: Say I buy a song on iTunes and then later buy the actual CD. When I rip that CD into iTunes, I now have two versions of said song, both legally acquired.

What can I do with the extra song? If I had an extra copy of a CD, I could simply sell it. But it’s not so simple with an extra digital file. It seems like I read a news story of someone trying to auction an iTunes song on eBay, but I never heard the fallout. I would guess something in the iTunes user agreement (who reads those things anyway?) would prohibit me from selling the song, but does it prohibit me from giving it away? (gee, maybe I should read those things)

It seems perfectly legit to me to resell the digital file just like I’d resell anything tangible in my home. As long as I don’t keep a copy of that digital file I’m selling (the copy from the CD would be a “different” file and I could certainly keep that one — afterall, I purchased it).

At a recent media dinner President George W. Bush gave a speech laced with laughter. I know — quite a shock. The speech included the White House Election Year Photo Album — basically a bunch of candid photos backed with quips from Bush.

The best one has to be a picture of Bush looking under a chair, which he narrated with the comment, “Those weapons of mass destruction have got to be somewhere.”

As sad as it is to say this because of what it means about American politics, it’s humor like this that could really give Bush an edge. I’m not exactly a big Bush fan, but this is a side of him I haven’t seen before. The ability to poke fun at himself tells me he’s a bit more human than I thought. Humor can be powerful.

Now if the Bush team is really smart, they’ll release this speach and slideshow in some web-friendly, viral format.

Now the Hunger Site is helping more than people. You can adopt your very own red howler monkey to make sure it’s fed and cared for while being taught to survive in the wild.

I hate to take the time to post this, but it seems worth pointing out. Last month ABC News did a story on Biblical belief and anti-semitism, basically trying to add some back story to the charge that Mel Gibsons’s The Passion of the Christ encouraged anti-semitism by suggesting that the Jews were responsible for Christ’s death.

They explored beliefs on literal interpretations of the Bible and found that 6 out of 10 Americans take Biblical accounts of creation, the flood, and the parting of the Red Sea as literal truth. Quite a high number.

Then they ask how many Americans think that Jews today are responsible for Christ’s death — 80% said no. Then they make the argument that literal beliefs are inconsistent because a literal belief would blame the Jews, “as some literal interpretations of the Bible suggest,” basing this on Matthew 27:25 (“His blood be on us, and on our children.”).

Basically it seems like ABC is trying to stoke the anti-semitism fires by claiming that if 60% of the population were consistent in their beliefs, we’d be blaming the Jews. I’d like to know who’s espousing these “some literal interpretations” ABC cites. It seems like pretty lousy journalism that they don’t mention what groups are promoting that view.

This whole anti-semitism thing drives me nuts. It’s not my fault blacks were slaves 200 years ago. Don’t hate me for it. So why would I hate the Jews for something that happened 2000 year ago? Never mind that we all shoulder the responsibility for Christ’s death. Never mind that without Christ’s death we’re kind of screwed — so why are we looking for someone to blame?

The fact that the media would encourage this lame argument with such lame reporting is discouraging.

It’s an odd pairing, drawing flack from all sides, but it’s pretty cool. Pastors Craig Gross and Mike Foster of XXXchurch are prompting discussion about something no one wants to talk about, but so many people need help with. More power to them.

Seems like I’ve rambled about this before, but some random guy (link via kottke) was talking about the ability to be your own publisher. He took a public domain book, found a version online, and made his own edition of the book on Cafepress.

There’s all kinds of fun you could have making your own version of books. I can imagine doing a fun library series of stuff — though I suppose finding public domain books might be a little difficult (and if everyone got on the bandwagon it wouldn’t be so cool).

But as a writer the real fun part is the ability to be my own publisher. I could publish a book and only have to put the creation and production time into it. That’s my only investment. The general consumer could order my books one at a time and you avoid the hassle of the publishing industry’s advances and unsold copies and all that. It’s a perfect solution for low-demand books.

It really makes me think about FX-77 Spacefighter. 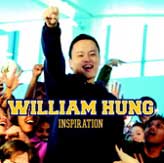 Amazing. The American Idol reject has his own album. An iTunes exclusive.

What’s really amazing is that Fox set this guy up as a complete loser to grab ratings. For some reason we like to watch people be humiliated, and the teaser commercial of William Hung seeing and Simon ripping into him was as bad as it can get. Only in America could you turn that around to commercial success. Right now it’s the #2 selling album on iTunes.

A gorilla escaped from his exhibit last week at the Dallas Zoo and attacked three people before being shot to death by police. Now zoo officials say two teen boys were seen throwing rocks or ice at the gorilla shortly before he escaped. They speculate the taunting may have made the gorilla angry enough to find a way past 12 to 16 foot walls, moats, and electrified wires. The lesson here: don’t perturb a primate.

It’s that time once again to grow out the beard and put on the annual Passion play. Last year the youth group needed a Jesus, and I obliged. This year I’m doing it again.

But what’s so funky about this year is the $300 million Passion. There’s something deflating about performing a weak-kneed, sheets-as-costumes, local-church production of a $25 million movie. When I stagger down the aisle I won’t have quite the impact of James Caviezel. Of course it’s still the Passion. There’s something gut-wrenching about watching teenagers from your church spit on a guy that looks sort of like Jesus and then, worst of all, start shouting “Crucify!” when you’re used to a gentle, quiet sermon.

But as I prepare for the role, I’ve thought a lot about the different passion plays throughout the years. Mel Gibson certainly wasn’t the first (just the first to make $300 million).

I’d like to propose a theoretical Jesus movie night. I say theoretical because it’s unlikely I’ll have time to watch all these Jesus movies before our performance on Palm Sunday. And I don’t know which movies are worth watching and which would be a waste of prime Buffy time.

END_OF_DOCUMENT_TOKEN_TO_BE_REPLACED

Another wet blanket for the fire of being a published author: “The Confessions of a Semi-Successful Author” (from Salon.com premium — you need to be a subscriber or watch a short commercial).

Stories like this are always semi-depressing. Though this one seems even more so because the numbers the author is talking about for an adavance seem ridiculously high. At least to me.

It shouldn’t be a surprise that the publishing industry is all about business. Recently I read Jason Epstein’s Book Business: Publishing Past, Present, and Future. It’s a poorly written book by a longtime editor and publishing bigshot, but it does give an overview of the publishing industry over the last 50 years and how hard it is to make a profit. It used to be the publishing industry existed to sustain the art of literature. Profits were secondary (sounds a bit too idealistic, I know). But then everything became a conglamerate and now publishers are only interested in best-sellers.

Yet writing still seems like such a glamorous career.

On Thursday I went to a reading of Jesus Sound Explosion by Mark Curtis Anderson. His nervousness was infectious. He couldn’t decide whether to stand or sit (it didn’t help that he had one of those stools that’s high enough that it requires an awkward jump to sit in), to drink coffee or water, to use a microphone or speak loudly, to start by introducing himself or just read. In a different situation his uncomfortableness would have driven me crazy (I get that sort of feeling watching the junior highers in youth group vying for attention), but for some reason I relished it. Call it sadistic, but I think I was envisioning myself giving the reading, and I thought I couldn’t do much worse.

Writing is anything but glamorous, yet that’s what everyone thinks. Last week I landed an average paying article assignment that will require interviewing pop-star Mandy Moore. Everyone’s really excited about this, but it’s really no big deal. I’ll probably be one of 20 interviewers Mandy talks to in the course of a press day, she’ll tell me the same canned line she’s told everyone else. By the time the article’s finished I’ll have spent too many hours and I’ll be making the equivalent of a fast food salary. But I got to speak to Mandy Moore.

(And half of you are asking, “Who’s Mandy Moore?”)

The Salon article ends with this:

I ran into Patty the day her ninth book became her first to hit the Times bestseller list. She grabbed me by the shoulders, looked deep into my eyes. “It doesn’t change anything,” she said grimly. “My mother still doesn’t approve of me. I still don’t have a boyfriend. I still can’t sleep at night. Don’t let this be what you’re waiting for.”

And yet I wait for my agent’s call, telling me there’s another chance that it could happen for me.

Writers are a sick bunch.