I read a lot, obviously, and sci-fi is one of my favorite genres. But I like a very specific kind of sci-fi—generally realistic space adventures—and I’m not a big fan of fantasy.

There are always a few standout hits—Harry Potter, The Chronicles of Narnia, Lord of the Rings, A Wrinkle in Time—but in general I don’t like fantasy. I think part of the problem is no clear delineation of the stakes. When you use magic,  suddenly anything is possible. Can that tiny guy beat the big guy? I don’t know. The drama is undermined because the rules of magic are unclear. With realistic space adventures at least they have to pretend to scientifically explain some new technology.

Sidebar: This is one of my frustrations with the Transformers movies (among many). There’s no sense of which robot is stronger. Optimus Prime is always able to pull out some new reserve or strength to fight back, even if he just had his arm chopped off (why didn’t you use that move to keep your arm?). It’s always used as a dramatic climax, but it actually undermines the tension. END_OF_DOCUMENT_TOKEN_TO_BE_REPLACED

A lot of people told me to read The Sparrow by Mary Doria Russell. It’s got space exploration and Christian theology! What a combo.

The result is a little harder to embrace.

It’s the story of humanity’s first contact with extraterrestrial life, told in the pre- and post-contact story of the sole surviving member of the Jesuit expedition, Emilio Sandoz. The second expedition to the alien planet found Sandoz in a brutalized and scandalous condition, and returned him to Earth for someone else to sort out. The story alternates between the Jesuits trying to pull the story out of Sandoz and the historical timeline of the actual trip from Sandoz’ perspective (which started some 40 years earlier, due to the incredible length of space flight).

That’s right: Humanity discovers aliens and the first ones there are the Jesuits. It’s a purposeful parallel to the Jesuit missionaries who traveled to the New World. And like those early Jesuits, the inter-galactic variety didn’t do so well. (What we don’t know is whether the alien natives suffered the same fate as the New World natives; perhaps that’s explored in the sequel, Children of God.)

The story had a number of fascinating ideas, from space travel in mined asteroid to solving the world’s orphan problem with indentured servant-hood. It also had some ideas that didn’t make as much sense, such as humanity chancing first contact with aliens in person. I couldn’t shake the idea that the whole story of the mission didn’t seem like an intergalactic one.

But really the story isn’t about space and aliens, it’s about God’s will and the bad things that happen.

While the story had some interesting ideas, I found the back and forth narrative a little frustrating. It was kind of a tease, but in excruciating detail. I felt like the story was tricking me into following along, instead of just using a good story to keep me hooked. 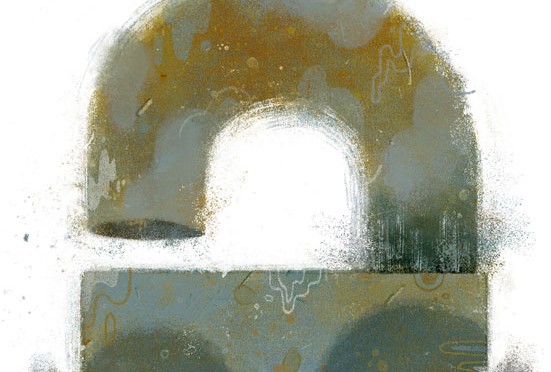 My current example for this is Ashfall by Mike Mullen. A super volcano has erupted, covering Iowa in a foot or two of ash. It’s also been raining, turning the ash into a wet slurry. But suddenly that wet ash is causing buildings to collapse. Not one or two, but almost every building collapsing under the weight of a few feet of ash.

Huh? Is ash really that heavy? We easily had two feet of accumulated snow last year and roofs weren’t collapsing. I have a hard time believing that ash is that much heavier than snow.

Now I’m just a dumb reader, what do I know? I didn’t do the research: Apparently ash is heavier than snow. But you have to make it convincing. Give me reasons to believe the science (especially if your science is indeed fiction). In this case it could have been a simple comment comparing ash and snow. Or a little more variation on which buildings collapsed (my take on the research suggests that in an area with heavy snowfall like Iowa, more of the buildings would have survived).

In the end you want your reader thinking about your characters, in this case worrying how he’s going to make it and if he’ll be reunited with his family. You don’t want your reader focusing on something silly, like whether or not ash could collapse roofs.

Once again I’ve cataloged all the books I’ve read in the past year. It was a decent year for reading and as in the past the list is dominated by favorite authors and post-apocalyptic sci-fi.

I’ve noticed my reading really picks up when I find an engaging story and really drops off when I read non-fiction that doesn’t have some sort of story structure that maintains my interest. As a case in point, I remember reading the 23rd book on the list in late July. At that rate I should have read more than 28 books in the year, but I got slogged down in several marketing books in the fall and didn’t get re-engaged in good stories until the end of the year (no offense to those non-fiction books, it’s just the nature of the beast). As in past years, having a stack of books I’m eager to dive into next always helps. That plagued my fall reading as well.

END_OF_DOCUMENT_TOKEN_TO_BE_REPLACED

Time for my annual brag-a-thon of the books I read in the past year. Nobody likely cares, but I find joy in keeping a running tally. Plus it’s fun to keep track of stuff on an annual basis (like when I turn on the heat—yes,  I’m weird).

This year I think I managed to read more books than I have since 2002. I’ve found one way to read more is to have a stack of books on hand that I’m eager to read. That way when I finish one book I can dive right into the next book. Most of my reading droughts happen when I don’t dive into a new book right away. Oddly enough, I’ve had to turn to the library to keep that interesting stack of books (cuz the 1,500+ books in our personal library aren’t enough?!). Carrying a book with me wherever I go also helps me read more—I get my best reading done while waiting for the dogs to pee.

END_OF_DOCUMENT_TOKEN_TO_BE_REPLACED

You may remember that I recently published a book. It’s a little sci-fi post-apocalyptic novel called Least of These with a killer cover (you can download a free copy or buy the paperback for $9.99).

Yesterday I sat down and did a little video chat about the book with one of my readers, Jonathan Blundell (my one reader?). Jonathan has been very supportive of my work (and I’m supportive of his work) and it was fun to talk over some of the ideas in the book and how the book came together.

So if you’re looking for the inside scoop on Least of These—how inspiration came from U2 and Buffy the Vampire Slayer, how my wife refuses to read it, my take on standard post-apocalyptic plot lines, why it has such an awesome cover—check out the video chat. I even do a little impromptu reading.

For a special bonus, count how many times I say ‘um.’

Get your copy of Least of These now.

Every year I keep a list of the books I read and every year I post that list for kicks. I don’t know what anybody else gets out of it, but I enjoy it.

This is perhaps the third year in a row when I’ve gone on a sci-fi bender. That kick accounted for a full third of my list in the last month and a half of the year. I think it’s fair to say that I’m a big sci-fi fan and that sci-fi is perhaps single-handedly keeping me interested in reading. Which is odd, because I’ve never considered myself much of a genre reader. I’ve had pretty wide ranging tastes and usually enjoy general fiction. I don’t even own very many sci-fi books, probably fewer than a half-a-dozen that I can name (and we own a lot of books).

I also went on a little teen novel kick, thinking one of my novels might land in that genre (like I said, I’m not very genre aware). It’s a fun little genre, defined more by the characters and focus than anything, but also kind of a genre with an identity crisis (while they’re categorized ‘for teens,’ they’re perfectly capable novels for adults as well).

END_OF_DOCUMENT_TOKEN_TO_BE_REPLACED

Not too long ago I went on a sci-fi bender and confessed my love for post-apocalyptic fiction. So it was really only a matter of time before I checked out last year’s new TV drama Jericho (and thanks to the joyous world of glitchy online video, I can catch up for free). The show focuses on an isolated Kansas town after nuclear blasts (war? terrorism?) leave the United States decimated.

It’s basically the story I imagined again and again while playing G.I. Joe during summer vacations in Kansas. At one point I even plotted my own post-apocalyptic/Christian end times crossover novel. It involved turning the state of Kansas into a concentration camp for Christians and a young convert running supplies in a beat-up Mustang. The hero even had a bloodied Bible that belonged to his martyred parents. Not exactly my best work.

END_OF_DOCUMENT_TOKEN_TO_BE_REPLACED

In addition to my blog bender, I’m on a bit of sci-fi bender of late. I’ve always liked sci-fi. For the longest time Star Wars was my favorite movie and it was only dethroned by another sci-fi flick (Serenity). But I’m a casual sci-fi fan. While I’ve watched Star Trek, I’m hardly a Trekkie. And my reading list of sci-fi is fairly short. Until this weekend I had never read Orson Scott Card, and I’ve read nothing but short stories by some of the masters like Isaac Asimov.

But I do enjoy the genre. Specifically, I love space stories (Star Wars, Serenity, etc.) and post-apocalyptic fiction (Mad Max: The Road Warrior). I find something tremendously captivating about these stories, both the realism of a future in space and the harsh reality of a world gone wrong in a post-apocalyptic era. I can’t put my finger on it, but I love those stories.