I read a lot, obviously, and sci-fi is one of my favorite genres. But I like a very specific kind of sci-fi—generally realistic space adventures—and I’m not a big fan of fantasy.

There are always a few standout hits—Harry Potter, The Chronicles of Narnia, Lord of the Rings, A Wrinkle in Time—but in general I don’t like fantasy. I think part of the problem is no clear delineation of the stakes. When you use magic,  suddenly anything is possible. Can that tiny guy beat the big guy? I don’t know. The drama is undermined because the rules of magic are unclear. With realistic space adventures at least they have to pretend to scientifically explain some new technology.

Sidebar: This is one of my frustrations with the Transformers movies (among many). There’s no sense of which robot is stronger. Optimus Prime is always able to pull out some new reserve or strength to fight back, even if he just had his arm chopped off (why didn’t you use that move to keep your arm?). It’s always used as a dramatic climax, but it actually undermines the tension. END_OF_DOCUMENT_TOKEN_TO_BE_REPLACED 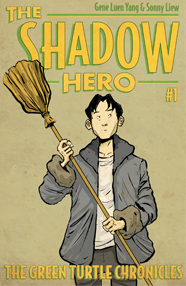