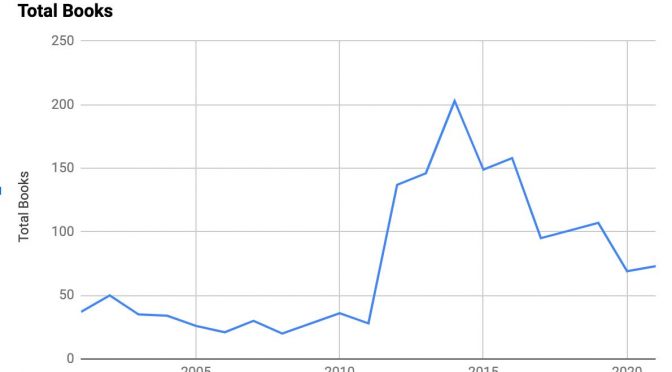 I read 73 books in 2021. That just barely passes 2020 and hopefully doesn’t start a pattern of lower reading numbers.

Here are my top 10 fiction and top 5 non-fiction for 2021, as well as my reading stats for the year.

I think the pandemic again messed with my reading. Much like 2020, it was hard to stay focused and engaged in a book. Nonfiction was the death of me.

I tried to overcome it by focusing on books I really enjoyed (sci-fi hit 55% again) and ruthlessly giving up on books that weren’t great. At least I tried. Sometimes I think I still read books out of obligation, and that just slowed things down.

I also think my continued disdain for YA and middle grade keeps my numbers low since those books are such quick reads.

Again, if you want to read more, check out my booklet 137 Books in One Year: How to Fall in Love With Reading Again.