So I’ve written about the West St. Paul mayor, ward 2 and ward 3 city council races, so I might as well explore the ward 1 race and cover all the bases. Incumbent Pat Armon is running for reelection in ward 1 and is facing challenger Bob Pace.

Pat Armon works for the Minnesota Department of Employment and Economic Development. Bob Pace is the owner of Pace’s Tire and Service Center on Robert Street in West St. Paul.

Like other races in the city, I think this one comes down to investment versus low taxes. Pat Armon sees the long-term benefits of investment, that investing in infrastructure will raise property values and bring more business and residents to the city. Bob Pace argues that those investments are costing too much and rising property taxes will drive people away.

But there’s also an added element of experience that Pat Armon brings to the table. Neither of these candidates are career politicians. For a town of 20,000 people, our council members are regular citizens who pitch in. I don’t think we should expect city council candidates to know everything, but being knowledgeable and engaged is a big plus. There are areas where Bob Pace admits he doesn’t have answers yet (which is certainly better than faking it or giving us political jargon), and that’s where I think Pat Armon’s experience and expertise shines through. END_OF_DOCUMENT_TOKEN_TO_BE_REPLACED

So he never called for a spending freeze on the Robert Street project. END_OF_DOCUMENT_TOKEN_TO_BE_REPLACED 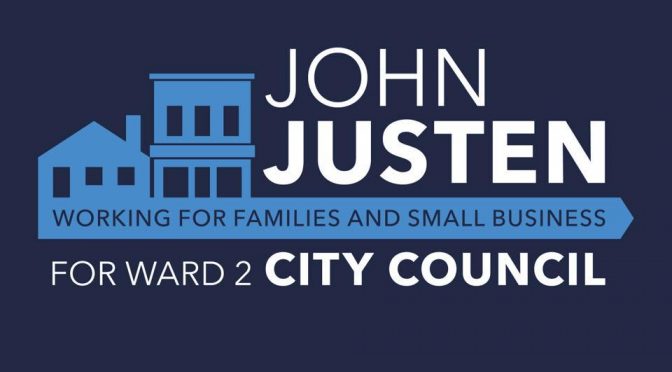 I guess I’ve taken it upon myself to call B.S. on local election lies this year.

END_OF_DOCUMENT_TOKEN_TO_BE_REPLACED

Let’s dive into the weeds and sort this out. END_OF_DOCUMENT_TOKEN_TO_BE_REPLACED

This year’s election has felt more divisive and caustic than previous elections. That’s no secret. So in such an environment, it’s helpful to focus on the positive: Women achieving public office.

On my ballot there are at least three women running for positions that a woman has never held before. I think that’s exciting.

I think it’s worth talking about these potential milestones, regardless of your political leanings.

Let’s take a moment to address why celebrating this kind of diversity is important. END_OF_DOCUMENT_TOKEN_TO_BE_REPLACED

Every year I note when I turn the heat on (yes, I’m a nerd).

This year was pretty average. We’ve got some highs in the low 70s coming up, so maybe we could have lasted longer, but today barely breaks 60 and I’m tired of being cold.

Plus, my daughter was complaining. I may be a lot of things, but I’m not a frugal furnace monster.

Update: Read my latest post about Dave Napier running for mayor in 2018.

The heated elections in West St. Paul continue. I already posted about the West St. Paul mayor election, and now I’m going to look at the West St. Paul City Council Ward 3 race. We have the incumbent city council member Dave Napier running against challenger John Ramsay (who also ran in 2014 and lost a close race).

Much like the West St. Paul mayor’s race, in city council we’re facing the same issues. I think it comes down to vision and investment vs. penny pinching.

You can read the Dakota County Chamber of Commerce candidate questionnaires and watch the public television candidate forum and meet the candidates (though it does not include John Ramsay). You can also get details from official sites for John Ramsay and Dave Napier.

Dave Napier has been on the council for four years and has been involved and advocating for strategic planning. In the candidate forum he talks about getting community input and then pursuing those goals.

John Ramsay talks about the importance of business to the exclusion of everything else. He campaigned hard against the Robert Street project in 2014, and continues to declare this necessary, vital project a fiasco. END_OF_DOCUMENT_TOKEN_TO_BE_REPLACED

The West St. Paul mayoral and city council races are heating up in 2016 like never before. In my opinion, the campaign comes down to a choice between the penny-pinching approach of the  incumbent Mayor David Meisinger and the investment approach of challenger and current City Council Member Jenny Halverson.

I blogged about the West St. Paul mayor race back in 2014 because I was frustrated about the lack of coverage, clear details and accountability. Not much has changed.

Last time around I spoke directly to the candidates, trying to clarify some of the false and misleading statements. I didn’t get very far with that, especially when one of the candidates, current Mayor David Meisinger, blocked me on Facebook when I asked follow-up questions.

So this time around I opted to cut to the chase and look at what each candidate has already said. Many of these statements are snippets from the Dakota County Chamber of Commerce candidate questionnaires. I encourage you to read the full responses there, and watch the public television candidate forum and meet the candidates. You can also get details from official sites for David Meisinger and Jenny Halverson.

This post is my opinion, and you’re welcome to your own opinion, so please educate yourself and vote on November 8. END_OF_DOCUMENT_TOKEN_TO_BE_REPLACED