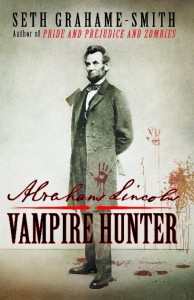 Joss Whedon, the creative mind behind such compelling TV as Buffy the Vampire Slayer, Firefly and Dr. Horrible’s Sing-Along Blog has a new show debuting tonight. It’s called Dollhouse and is about these secret agent types who sign up to have their memory wiped and reinstalled with whatever scenario a client pays for. Or something like that. It all sounds kind of sinister and creepy.

Which sounds just like Joss Whedon (who told NPR, “I believe the best way to examine anything is to go to a dark place.”).

I’m eager to see the new show, but I’m keeping my expectations low. Primarily because it shares more than a few similarities with another Whedon show that got canceled after half a season. Firefly also aired on Friday nights, also on Fox, and also had the pilot episode mucked with. But I’m also keeping expectations low because this is TV and good TV often takes a little time to find its footing. The first season of Buffy (yet another half season) is pretty rocky. The Firefly pilot had wonderful moments, but also feels like its entire two-hour run time. Pilot episodes are rarely perfect.

But I’m more than willing to be pleasantly surprised.

Update: My 140-character or less Twitter review: “Dollhouse was good. Intense & a little creepy (Joss trademarks), but not much funny. Not much of a pilot ep either, felt like a normal ep.”