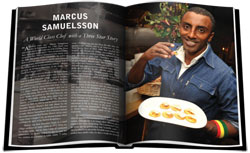 The usual story we hear about Ethiopia is one steeped in poverty and despair. We hear stories of famine and political unrest. That’s the common narrative. It’s unfortunate because stories are powerful. But it’s not the whole story.

There are also Ethiopians doing amazing things. Not just marathon runners, but business leaders, doctors, activists, writers, musicians and more. Flowers of Today, Seeds of Tomorrow is a coffee table book to tell those stories. They’re currently doing a Kickstarter project to fund publishing the book. It’s about 85 percent written, and you can see some of the incredible stories and layouts on the Kickstarter page.

This is an opportunity to reframe the story of Ethiopia.

Doing Good in Ethiopia
I don’t want to contribute to the narrative of despair. I’m wary of providing the kind of international aid that’s merely drops of water on a wildfire. While famine, poverty and despair need to be stopped, I want to address those issues in ways that offer hope and empowerment, not empty charity.

Just last week we celebrated a new well in Ethiopia. I love that the local people in Segalu built their own wall around that well to protect it and are raising their own money to support and maintain that well. I hope this is a project that empowers them, freeing up their time and energy to pursue more productive efforts. 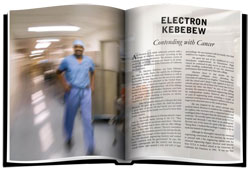 Likewise, I think Flowers of Today, Seeds of Tomorrow is a book that can empower a people. It reframes their story and shifts the focus from nostalgia for the past or despair for the failures of today to a hope in the promise of tomorrow. These are stories of Ethiopian heroes who have overcome that past to find success today.

Bring It Home
Four years ago today my son Milo was born in Ethiopia. I wouldn’t see his picture for six weeks and I wouldn’t hold him in my arms for five months. He no longer lives in Ethiopia, but it will always be a part of him, a part of me. These are his stories, and as you can imagine, I have a vested interested in seeing stories of hope and not despair.

Ethiopians, like all of us, are not bound by poverty and famine. They are not limited to political unrest. They have heroes and champions. It’s time for a book that tells those stories. I know my family needs one in our library.

Consider backing this Kickstarter campaign and helping this project come to life. I know it’s a lot of money, but the $50 reward gets you a hardcover version of the book and they’ll donate two softcover Amharic versions to libraries in Ethiopia through Ethiopia Reads. That’s a great way to share these stories with your family and with the people of Ethiopia.

Let’s tell the story of hope.