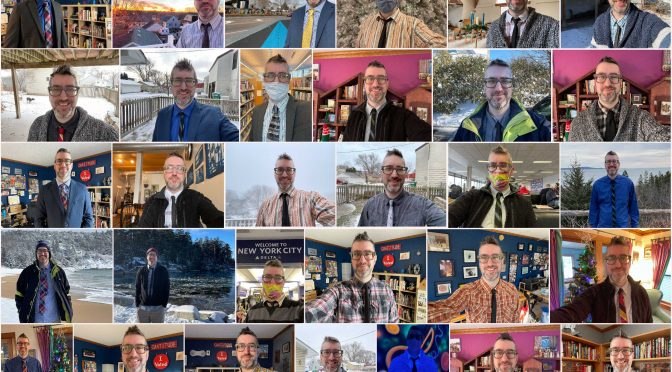 I made it. 31 days of wearing ties, the entire month of December, to support Dressember and their efforts to fight human trafficking.

You can donate here to add to that total.

END_OF_DOCUMENT_TOKEN_TO_BE_REPLACED 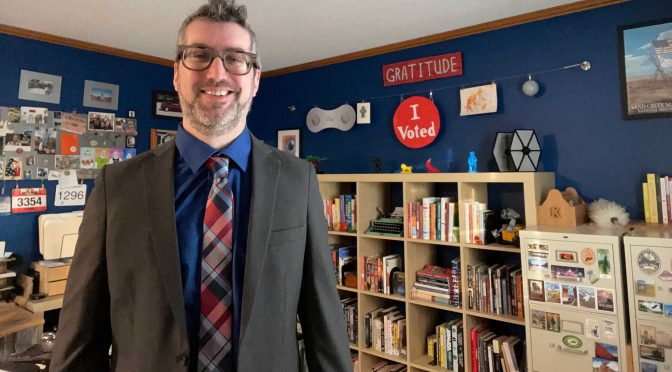 I’m dressing up every day in December to fight human trafficking as a part of Dressember. Please consider making a donation to support my efforts.

It’s dumb that slavery is something we still have to talk about in 2021. But it impacts something like 45 million people worldwide, and disproportionately impacts children, women, people of color, LGBTQ+ individuals, and foster kids—basically the vulnerable.

That’s hard to stomach. The whole topic of human trafficking is pretty gruesome. It’s a lot easier to look away and ignore it.

That’s why Dressember uses what seems like a silly style challenge to raise awareness and attention for this difficult issue. So far they’ve raised over $13 million and counting to help trafficking survivors around the world. That’s pretty great.

END_OF_DOCUMENT_TOKEN_TO_BE_REPLACED

It’s an overwhelming issue, but it’s one that demands justice. I’ve also been reading David Batstone’s Not For Sale: The Return of the Global Slave Trade—and How We Can Fight It, which is empowering as it is eye-opening.

It always bugs me when facts are presented without the appropriate context. One of the worst offenders is when today’s numbers of a set population are compared to previous numbers in history. For example, an often repeated fact during the current National Human Trafficking Awareness Month and today’s National Human Trafficking Awareness Day is that there are more slaves today than at any time in history.

That’s true. But it shouldn’t be shocking. There are also more people today than at any time in history, by an order of magnitude. Which makes stats like this deceiving. A straight numbers comparison doesn’t give you a clear picture of what’s really happening. Slavery as a percentage of the total population could also be at the lowest point in history.

The shock and awe of the fact doesn’t stem from the injustice of slavery, it stems from population growth. More people means more slaves. A lower percentage than ever, but a higher total number than ever. It’s kind of like arguing that more people die in car accidents today than in any time in human history, so we really need to care about car accidents. That might be true (I can’t find the numbers to back it up), but if it is, it’s only because there are more people driving cars now than ever before so there’s likely going to be more deaths than ever before.

END_OF_DOCUMENT_TOKEN_TO_BE_REPLACED

There are believed to be 1.2 million children in India trapped in prostitution and sexual exploitation. Those kinds of numbers are just sad. Human trafficking is one of the injustices in the world today that makes your heart ache. How could something like this be happening? How could one person do this to another? Apparently 100 million people in India are involved in doing this to other people. Ouch.

And if you think that’s a problem for halfway around the world, human trafficking is in your own backyard. In 2007 authorities busted eight human trafficking brothels across the Twin Cities. One bust happened less than a mile from my house.

You can fight human trafficking by supporting organizations like the International Justice Mission. As sad as these stories are, they don’t have to be the final word.

I landed a review gig this week for the movie Taken. I was more excited about the opportunity for paying work and didn’t care much what movie it was. I hadn’t heard anything about the flick, and the basic premise of a man tracking down his abducted daughter didn’t sound all that appealing (predictable much?).

But as the credits rolled I cried.

This is the third time I remember crying in the movie theater (care to guess what other movies prompted waterworks?). I readily admit that I cry more easily since becoming a parent and I don’t see many movies in the theater, but it’s still a rare reaction.

It wasn’t so much the movie that moved me, but a simple realization. The movie is about an ex-CIA agent who tracks down the men who abducted his daughter in order to sell her in the slave trade. I realized that most victims of human trafficking don’t have Liam Neeson to go all CIA operative on their captors. They have nobody. There is no rescue filled with tears of joy. There is no happy reunion.

If you want to do something about it, the International Justice Mission and One Voice to End Slavery are a good places to start.