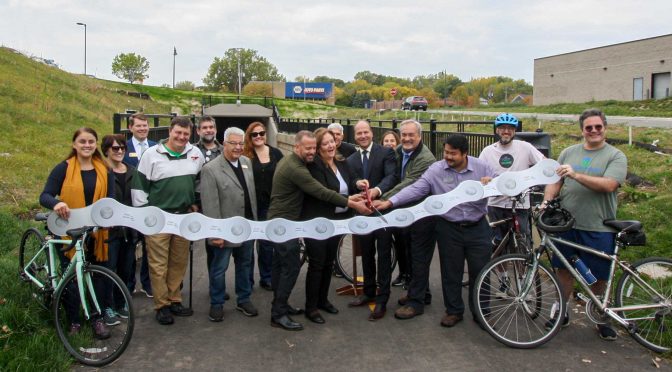 END_OF_DOCUMENT_TOKEN_TO_BE_REPLACED

I was one of them.

I rode 30 miles around St. Paul, following Mississippi River Boulevard along the bluffs, down Shepherd Road to downtown and the waterfront, then back up the bluffs to Indian Mounds Park, then along parkways to Phalen Park and Como Park, then past the state fairgrounds, across University and the light rail construction and over 94 to get back to the start at St. Thomas. Yeah, it was as tiring as it sounds.

Earlier this year I started riding my bike more to get some needed exercise and even more needed stress relief. I decided early on that I wanted to do the Saint Paul Classic. I’ve always thought that’d be a cool event to take part in, but I was never active enough on my bike to seriously consider it. I should have. The short route is a very do-able 15 miles.

While I’ve probably only biked more than 15 miles once this year, I decided to go for the 30 mile route. I tend to overdo things like that, but I also wanted the bragging rights. Amazingly, I can still walk today.

While they did close off streets and intersections for the ride, I’d guess that 95% of the route was along streets with marked bike lanes or on streets next to paved bike paths. St. Paul is pretty bike friendly.

We also passed a lot of public art, which was fun for me.