It’s a fine tradition, but I’m happy with a fake tree. It’s cheaper, you don’t have to pick up all the needles, and you don’t get stabbed by all those needles when you’re putting the ornaments on. Plus we travel so much at Christmas it doesn’t make any sense.

It also seems like a lot of effort to chop down a real tree every year just to put it up in your living room for a month. Real trees can be recycled, but there’s still a lot of energy and effort that goes into that industry. The fake tree can at least be reused every year—and they’re used so infrequently they could easily last 20 or 30 years.

So call me a Scrooge, but I like my fake Christmas tree.

Maybe someday we’ll have a digital Christmas tree and then it’ll be even easier!

For all intents and purposes Christmas has become a secular holiday. Sure, if you dig down deep the root idea behind all the gift giving, Christmas trees and Santa Clauses can be traced back to Jesus. But you have to do a lot of digging, and despite the continual reminders about the ‘reason for the season,’ Jesus really takes a backseat.

That’s why I like projects like Advent Conspiracy and Water for Christmas. The idea behind Advent Conspiracy is to remind people what Christmas is all about and encourage a radical redefinition and reinterpretation of the holiday. Water for Christmas is a challenge that as Americans we spend $450 billion on Christmas, yet it would only take $144 billion to ensure that everyone has access to clean water. (Shane Claiborne writes a little more passionately about these issues as related to Buy Nothing Day.)

As a family we’re trying to redefine what Christmas means for us. This year we’re instituting a new idea. Half the money we spend on one another is going to be donated to a cause. Part of the Christmas fun will be picking what cause (or causes) you’d like to donate your Christmas money to. It means we’ll get half the usual presents from each other and we’ll be able to donate more. It’s a small step, but I really like the idea.

END_OF_DOCUMENT_TOKEN_TO_BE_REPLACED 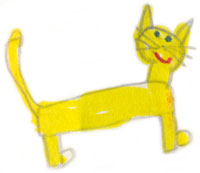 Earlier this week I singled out author Anne Lamott for not having a web site. But the sad fact is she’s not alone. A number of noteworthy authors lack official web sites:

Granted I’m doing a quick Google search. If an official site doesn’t show up in the first page of results, it doesn’t exist (quite frankly, if you have a site and it’s not showing up on the first page of results for your name, you’re doing something wrong). Even Wendell Berry, the Kentucky novelist who still uses a typewriter has a web site (granted it appears to be maintained by his publisher). So why do none of these well-known authors have a web site?

END_OF_DOCUMENT_TOKEN_TO_BE_REPLACED

We got the call today. We’re adopting a baby boy from Ethiopia!

A flurry of activity begins now, but the major next step is the court date when we receive guardianship. That gets us a birth certificate, which means a visa, and then we can travel. They estimate roughly two to four months from referral to travel, so hopefully we’ll bring him home early next year.

We’re pretty excited right now and flying high. This finally means some answers have slid into place, but it only opens up a whole slew of new questions and challenges. We’re happy to answer questions, but we also have to be careful to protect our child’s privacy and his story. We can’t share his picture yet (don’t worry, as soon as we can, we will!) and we won’t be sharing details about his story (his family, his background, the circumstances of his birth and placement for adoption). That’s his story to share if and when he’s ready to do so.

Big thanks to everyone who has helped us out along the way. We’re not there yet, but we’re so much closer!