If you’re looking to spend some Christmas money, you might want to check out the top 50 albums of 2008 for $5 each on Amazon. I really couldn’t recommend anything on the list because I’m musically inept. But Tim has a nice list of top albums for 2008, including a list of other top lists.

While I really like the iTunes store, I think Amazon is returning music to the realm of the impulse buy. For more impulse goodness, check out Amazon on Twitter for daily deals.

I’m not exactly the lensmaster I used to be, but I’ve been working on some of my Squidoo lenses lately (what’s a Squidoo lens?). It’s kind of a weird little distraction, but I’ve got a few fun lenses going:

And there are more. I’m still not exactly sure what the point is, but it’s kind of fun, especially when you pick a topic narrow enough to be interesting and not covered elsewhere (like, um, Anne Lamott, who doesn’t have a web site).

To make your Christmas bright I humbly offer the Star Wars Holiday Special. If you’re not familiar with it, it’s an exercise in complete and utter awfulness. Released in 1978 months before Empires Strikes Back hit theaters and never seen again, the two-hour film centers on Chewbacca’s family and their celebration of holiday called Life Day.

Among other gems the film includes:

I could go on. For all the negatives, the holiday special does include the first appearance of Boba Fett (unless you count that dumb added scene with Jabba the Hutt in the special edition version of A New Hope), in cartoon form no less!

You can’t really understand how awful it is until you’ve seen it. For anyone who complains about Episodes I-III, the Star Wars Holiday Special is proof that you should have expected something awful from George Lucas. At least even Lucas regrets the special.

For more holiday special fun, check out the Rifftrax from the Mystery Science Theater guys. For more Star Wars hilarity, check out my Goofy Star Wars lens on Squidoo for a Star Wars guest spot on The Muppet Show.

Redefining Christmas has been on my mind this year. As I was editing a like-minded blog entry for Church Marketing Sucks, I realized how insane it is that people go into debt for Christmas. How crazy it is that we’re so obsessed with shopping that people get trampled. How sad it is that people feel the need to apologize when they can’t buy as many presents as they bought last year.

I’m rethinking Christmas. I hope you are too.

“The Spirit of the Sovereign LORD is on me,
because the LORD has anointed me
to preach good news to the poor.
He has sent me to bind up the brokenhearted,
to proclaim freedom for the captives
and release from darkness for the prisoners,
to proclaim the year of the LORD’s favor.” (Isaiah 61:1-2/Luke 4:18-19)

You can change the world this Christmas by buying raincoats for the homeless or shoes for the, um, shoeless. Two great, simple and cheap charity ideas:

50,000 Shoes in 50 Days
Anne Jackson teamed up with Soles4Souls to issue a challenge: Buy 50,000 pairs of shoes in 50 days. $5 will buy you two pairs of shoes. Soles4Souls gets shoes to people who need them, helping to keep them safe and healthy. There’s less than a week left in the challenge and more tan 40,000 pairs of shoes to go. There’s been some talk that this effort is more talk than action, that lots of people are talking about it but few are donating. That’s lame. I bought a pair of shoes (OK, two pairs). You can, too.

Dreaming of a Dry Christmas
I’ve talked about invisiblepeople.tv before, the site telling the stories of real homeless people. The man behind it, Mark Horvath, is working with homeless people in Los Angeles and has seen a need for raincoats. Michael Buckingham of Holy Cow Creative wants to send Mark 100 coats. He’s dreaming of a dry Christmas. $4.29 is all it takes to buy a raincoat for a homeless person. I bought one. It’s not much, but tell that to the homeless person getting soaked.

So the economy is in the toilet and work has been incredibly slow. No matter: The spring of 2009 has decided to be awesome.

Adoption
Most importantly, our adoption will finally happen. We got the referral a few weeks ago (it’s a boy!) and we found out yesterday that the court date will be Feb. 20, 2009. It’s a tentative court date and it could change, but the court date is what determines everything else. This is the legal process in Ethiopia where guardianship is transferred to us. If everything goes through OK they send us a birth certificate. If the birth certificate comes through OK then we’re able to get a visa and all that jazz and they can give us a travel date. Then we can book plane tickets and be on our way. They tell us travel usually happens 5-6 weeks after a court date, and in general we get 2-3 weeks notice before traveling.

New U2
The spring of 2009 is also shaping up to be awesome because U2 will be releasing their first album in nearly four and a half years. OK, it’s not nearly as awesome as our adoption, but I’m still excited. The album, No Line on the Horizon, is due March 3. This means I can spend those final remaining weeks before we travel rocking out and I’ll have a ready-made soundtrack for those first months with our new kiddo.

Last Sunday the sermon at church covered a little known bit of Jewish law called the Sabbath Year and the Year of Jubilee. I had heard about the latter in 1999 with Jubilee 2000 and the Drop the Debt Campaign (this perhaps marked the beginning of Bono’s most public crusader years), and produced perhaps my favorite quote from Bono which nicely summarizes the concepts:

“I’m learning more and more about Jubilee—the biblical concept that every seven days there’s a Sabbath and every seven years the land is to lie fallow and every seven times seven, i.e. in the 50th year, a year of grace, your debts were forgiven, slaves set free, etc. Quite punk rock for God. In fact, there are a lot of squeakies involved in Jubilee (Christians are hard to tolerate, I don’t know how Jesus does it … I’m one of them).”

What an incredible concept. Leviticus 25 details all the rules (interesting that nobody ever quotes that bit of Leviticus) and Wikipedia gives a vague overview

END_OF_DOCUMENT_TOKEN_TO_BE_REPLACED

I love how Seth Godin explains blogging in this little nugget from an interview earlier this year:

“Blogging lets you drip ideas, bit by bit, to people who want to hear them. There are two crucial ideas in that sentence, so let’s unpack them.

“The dripping matters because that’s how people learn. Not in one hour chunks, but one little idea at a time. Do it for five years or more, every single day (as I’ve done on my blog) and you build trust and credibility and a body of work. The permission (“want to hear them”) is important because if no one is reading your blog, you’ll know. And then you can change it. And over time, you can earn the right to talk to a thousand and then ten thousand and then a million people.

“And isn’t that your mission?”

That drip, drip, drip of ideas is how the best of focused blogs work (which probably means this blog isn’t very focused). If you want to succeed at blogging you have to understand the importance of that tiny, consistent process of dripping. 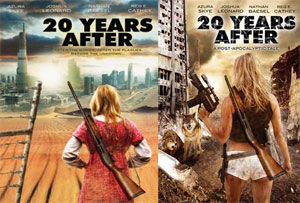 Christmas music is playing everywhere, but it’s not always good. Every year I find myself on the elusive search for truly good Christmas music. Here are my top 5 Christmas songs:

1. “You Gotta Get Up” by Five Iron Frenzy (Buy it: CD on Amazon)
(Not sure why this song isn’t more widely available. Not sure if it’s legal, but you can grab an mp3 download here)

3. “Last Christmas” by Leigh Nash (Buy it: iTunes/Free on Amazon)

And special nods go to the Songs for Christmas boxset by Sufjan Stevens (Buy it: iTunes/Amazon) that is so awesome you just have to buy the whole thing, as well as Andrew Peterson’s Behold the Lamb of God (Buy it: iTunes/CD on Amazon), which gets distinction for doing an entire song about the genealogy in Matthew.

I should also admit that my favorite Christmas song from my childhood is “Jesus is Born Today” by the Oak Ridge Boys (Buy it: iTunes/Amazon). It used to be on a Christmas tape my dad made, but he bumped the record player when it was dubbing and scratched horribly. Rather than starting the tape over, he just started the song again so the tape had the song one and a half times. Awesome.