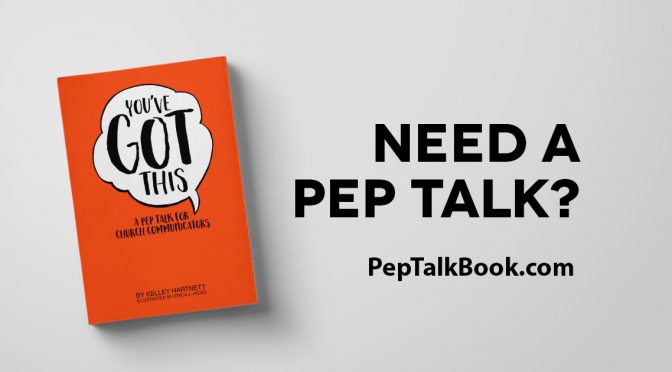 So I put a proposal together for a pep talk for church communicators. END_OF_DOCUMENT_TOKEN_TO_BE_REPLACED 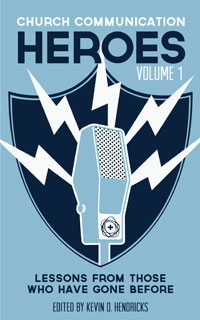 END_OF_DOCUMENT_TOKEN_TO_BE_REPLACED

48 hours after departure I touched down at the Minneapolis-St. Paul International Airport, business trip complete.

Of course the trip home always sucks. Turbulence struck twice, agitating the three hours in one seat and growing car-sick feeling, so it took hours before I felt at home at home. Not having breakfast time didn’t help. Travel days are outside of reality in a sense. Everything is blown off, you’re out of your element, out of your time zone, out of space. It’s a good excuse to order out anyway.

The trip was good. I saw my cousin and his family of four, which was a family of three when I last saw them 10 years ago. And I saw a good business friend I haven’t seen since 1999. And I saw L.A. When the plane touched down at LAX, I looked at the window to see palm trees lining the runway, which is really the most striking feature about California. And seeing the mountains in the distance was great. I love that.

I slept on a different couch both nights, just in case you get the idea that I’m a jet-set hipster. Though on the plus side I never spent a dime the whole trip. Partly thanks to mooching, partly thanks to a lack of time. The downside is no souvenirs for the wife, save for the nifty book of matches swiped from The Standard in downtown L.A.

A word about The Standard: This is the hotel where we had our all day meeting. It’s a funky, hip, 60s retro place. Our room had this trippy circle pattern wall paper that was textured with velvet. The signs for every door were “Hello My Name Is…” badges. Across the hall from our meeting room was a normal hotel room we had access to for the bathroom. The shower was separated from the rest of the room with a glass wall, frosted from shoulder height down, letting sunlight stream in from the windows, across the room and into the shower so you actually see what you were doing. The beds were single mattresses sitting on raised platforms. We ate lunch on the roof, checking out the rising skyscrapers of Los Angeles, sitting on astroturf. The matches I swiped are just an example of all the ephemeral products they had. The sticker on the toilet paper was the same stylized stick figure, only bending over pooping. The trashcan had a piece of paper in the bottom with a stick figure throwing up. Weird? Yes. Funky? Yes. It’s not Holiday Inn. I hate to think what it would cost to stay at the Standard, but it’s worth dropping by. Next time you’re in L.A.

Next time. That’s what I kept thinking the whole trip. The ocean was 45 minutes away. Never saw it. (I’m still kicking myself for the time—hey, it was 10 years ago as well—my family went to the beach in San Diego and I was too cool to be impressed by the ocean. I don’t remember if I even touched the water. Stupid 15-year-old.) The foothills were just crying to me on the not-so-distant horizon. The palm trees begged me to pose in front of them, but I didn’t even bring a camera. 48 hours isn’t enough time.

I contemplated the idea of staying the weekend and bringing the wife, but it just didn’t pan out. I couldn’t have afforded it and I really don’t have the time. This isn’t a good month to take a vacation, let alone a business trip. Hence the 48 hours. But I’m coming back. I don’t know when, but I am.

The weather wasn’t too shabby either. 60s and 70s, sunny, beautiful. What would you expect? I told lovely stories of the snow flurries we had in St. Paul last week and the negative 20 Januaries. When my cousin recommended visiting in the spring or the fall, I asked about the winter and he said it’s cold. I told him we could swap.

I also made the right decision when it came to packing reading material. I finished two of the three books and am halfway through the third. I don’t think I’ve ever actually needed all the reading material I’ve brought on a trip.

The business side of things went well. I think non-disclosure agreements would be needed if I were to explain anything, so we just won’t go there. Yet. We’ll just say it’s a new business venture that I’m helping to launch. It should mean a steady paycheck this year, a nice chunk of freelance change, though definitely not a full or even half time job. It will also mean some time and commitment, but I’m cool with that. It’s a cause I believe in, not just another businessey thing. And it could mean some financial pay off in the future. I’m not holding my breath on this one because it will be years away, if it’s successful. Even though I try to live simply, I’m still susceptible to greed and piles of cash, the latest gizmo, delivery pizza over frozen. So I try not to fixate on the potential reward. If it comes it comes, if it doesn’t it doesn’t. I just don’t want to be consumed by it.

Another funky thing about the trip, Direct TV on the plane. You had to pay $5 to watch, so I passed, but I could still see static ads and a little map showing the plane’s progress across the country. It also showed our speed and altitude. Nothing like cruising at 600 mph and 40,000 ft.

But now I’m back, wishing I had an iPod and developing PowerBook envy (I was one of two out of seven at the meeting not to have the shiny, metal laptop). See, I told you I’m susceptible.