But the city council failed to approve the site plan over concerns that Garlough doesn’t have enough parking.

The decision seemed to be based on the complaints of a few disgruntled residents upset that people park on a public street over the facts of the current parking situation at Garlough:

My kids have been attending Garlough since 2011. I’ve never had a problem parking at Garlough during the day.

With that many parking spots open on any given day, where’s the parking emergency?

Council member Ed Iago looked at the plans and suggested the school square off the northeast parking lot to add six to 10 additional spots. Iago said approving any plan without requiring additional parking would be “foolish.”

The area he recommends paving is mostly grass with four to five trees. It’s also directly adjacent to forest and the school’s beloved Chipmunk Park. If the current parking lot were extended straight north, it would likely be within a foot or two of the tree fort at the center of Chipmunk Park. Some adjustments could likely be made to save the tree fort, but Iago’s suggestion would still be putting a parking lot within feet of where kids play.

Paving over Chipmunk Park is an exaggeration of what Iago suggested, but not by much. Some parking could probably be added in that vicinity, but it would require paving grass and losing trees at an environmental school. It might also require a retaining wall or other expensive work as there’s a five or six foot drop to Kraft Road.

But why do all that when parking isn’t even an issue at Garlough?

The West St. Paul city council attempted several motions but couldn’t get enough votes to pass the site plan for Garlough. Ultimately they decided to continue it to the Dec. 10 meeting when the full council should be in session (two members were absent on Nov. 26). Which means we have the opportunity to weigh in.

In the recent past when a few disgruntled neighbors have held up the school district plans, it hasn’t gone well. The bond referendum passed overwhelmingly and supporters have not been shy about showing up and backing the school district. Garlough also has a history of vocal support, such as the failed 2015 proposal to put a water tower in Garlough Park.

At the Dec. 10, 2018 city council meeting the Garlough site plan was passed unanimously as presented with a minor change (allowing cars to park in the bus parking spaces when buses aren’t present).

The plan was added to the consent agenda, which means it was considered routine and would pass unanimously.

Two students had the opportunity to speak at the meeting (after the item was already passed), including my son Milo. 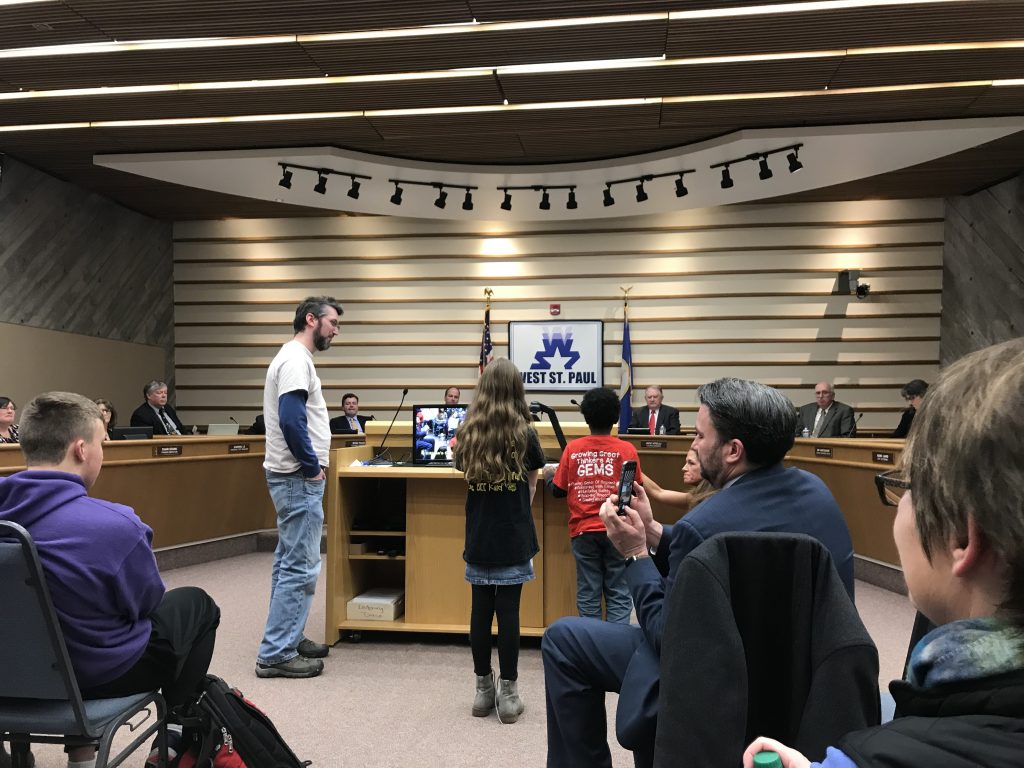