My friend Mark Horvath runs one of the only homelessness advocacy organizations in the country, InvisiblePeople.tv. He’s giving a voice to people most of us choose to ignore. Mark is the ideal person for this work, because he was once homeless himself. Mark’s birthday is this week and he needs your help.

First, it’s incredible that Mark gives so much of himself to this cause.

Second, it’s incredible that donations only bring in about 20%. Mark shouldn’t have to hustle so hard to keep InvisiblePeople.tv going. And right now, his campaign has two days left and he still needs $3,700 to hit his goal. That 20% is kind of pathetic. And we’re barely making it right now.

Mark is doing some incredible and much needed awareness work with InvisiblePeople.tv. He captures the stories of homeless people in honest, brutal videos. They’re hard to watch. Because people want to ignore them. We want to write off homeless people, come up with excuses for why we shouldn’t help them (and in the worst cases, take selfies instead of help them). But if we understood what homeless people have gone through, what they’re up against, we’d change our tune (like Dennis, who admits, “I used to make fun of the homeless until I became one.”). Most people believe homeless people have no redeeming value. That’s horrible. And it needs to change. Mark is making it change.

I’ve been supporting Mark and his work since the beginning. I helped publish the Open Our Eyes: Seeing the Invisible People of Homelessness book that supports Mark’s work. I’ve interviewed him for Church Marketing Sucks and Foursquare, sharing his story of being homeless and nearly becoming homeless again in 2008, when he launched InvisiblePeople.tv after being laid off. Earlier this year I ran a half-marathon to support Mark, ultimately raising more than $700 and barely managing to finish (13 miles is tough and I needed all the support I could get).

So I’m asking you to support Mark’s work, give to his birthday campaign. Let’s raise that 20% and then some. 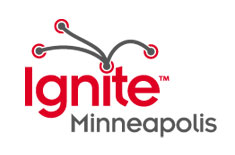 As you see lots of talk about clean water today you can give a hardy thumbs up. You’re already on board and that’s pretty cool. Thank you.

If you’re one of those people who doesn’t get the blogging or the Twitface and always scratches your head wondering what this stuff is good for, well, just ask Johnny. I talked about him the other day: Johnny is a disabled veteran who has been living in his mobile home until it got impounded. His very home was impounded and he had to live on the streets in his wheelchair for 19 days.

Thanks to Mark Horvath of InvisiblePeople.tv spreading the word through social media, he was able to raise an additional $345 to go with the $280 Johnny had raised on his own and get his home out of the impound.

Helping the homeless doesn’t have to be so hard.

If you’re in the Twin Cities, there’s a local ‘sleep in your car’ event organized by a guy who sleeps in his car. It’s an opportunity to experience what the homeless experience every day and get motivated to do something about it.

I tweeted yesterday about a big, hairy, life-changing phone call (in a good way). The details are still confidential, so I can’t share anything.

But a few days back I was talking to a reporter for a story about Addition by Adoption (yes, a real live reporter—the publicity machine continues, though again I won’t divulge my sources, don’t count your chickens and all that) and we were talking about this very blog. I bragged that I’d been blogging since 1998, but then had to fess up to how awful it was back then. Full of diary-type yearning that were completely incomprehensible to anybody but me. Rather than being up front and clear about what I was writing about, I was vague and obtuse. Occasionally I think it worked (of course my blog posts didn’t have titles back then). But mostly it was weird. I’m glad I stopped.

But considering the confidential nature of this potential life changing deal, it seems like being vague and obtuse might be just the thing… or not. I tried some of that, and it felt just as pretentious as it did back then. Bubbles floating on air and all that.

So you’re left with one of those obnoxious, I-have-a-secret-na-na-na-boo-boo blog posts. It may come to nothing. And it may change everything. And wow, focusing on any kind of productivity is impossible.

So yesterday we went on an impromptu trip to New York City.

We took Lexi to the Hershey store. A store of chocolate. She wanted a rubber ball.

We took Lexi to the M&M store. An entire wall covered with pick-your-color M&Ms. She wanted an 8 oz. pack of M&Ms that you can get in every gas station, convenience store and mini-mart across the country.

My kid is weird. I love it.

(And today she threw up because all she had for supper was a pack of M&Ms and a chocolate shake from Jamba Juice. We suck as parents.)