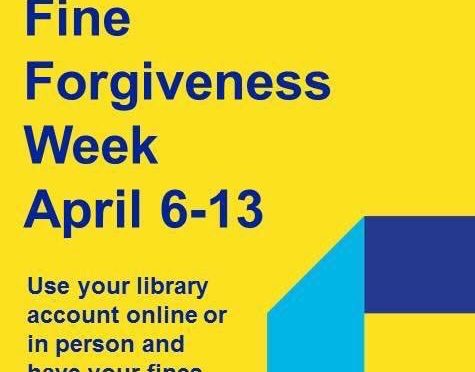 Library fines may seem like a minor annoyance, but when those fines add up you can be blocked from using the library.  The blocking threshold is $25 for adults and $10 for kids. That can lock people out of vital resources. And the people with the greatest difficulty paying fines are the ones most in need of the library’s free resources.

23,000 people are currently blocked in the Dakota County Library system.

That’s a lot of people shut out of books, resources, and internet access.

Thankfully there’s a solution. For the week of April 6-13, 2019, Dakota County Libraries are hosting Fine Forgiveness Week. Simply use your library account online or in-person during the week and your fines will be waived.

“For some people, that $25 is just an annoyance. For others, they have to make a decision between paying the fine and how much gas or food they’re going to buy,” Dakota County Library Director Margaret Stone told the Pioneer Press. “We’re targeting all of those people, and giving them amnesty.”

Lost materials are not included in the amnesty, but Stone is encouraging people to discuss those issues with librarians.

The goal of the effort is to allow the library to serve more people.

“Nationally, public libraries are looking at fines because we’ve come to recognize they are a barrier to service,” Stone told the Hastings Star Gazette.

While Dakota County isn’t ready to do away with fines entirely, like St. Paul did last year, this is a first step to gather some data and improve access to the library.