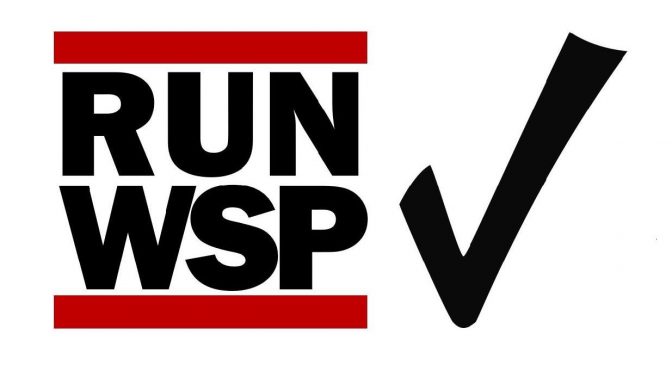 I’m organizing a run for public office in West St. Paul event along with some fellow citizens and the League of Women Voters-Dakota County. It’s a nonpartisan, informational meeting to learn more about running for city office, serving on committees, and volunteering with the city.

Mayor Jenny Halverson and a few city council members will be joining us to share their stories of running for public office and answer questions as a part of our moderated panel discussion.

The event is coming up pretty quick—Wednesday, April 4—primarily because the filing period is in May and there’s not a lot of time to decide if you want to run. Of course the event is open to anyone, whether you want to run this year or just some day.

I’m doing this because a lot of people don’t pay any attention to local politics. Yet the local level often has the greatest impact on your daily life. Roads, parks, trash collection, noise, and petty crime—that’s all local politics.

Going back to 2002, 47% of elections in West St. Paul have been uncontested. That means we’re not having conversations or debates about how to make our city better. Local government and our city is better served when we have to defend our positions and prove our ideas.

So I’m doing my best to encourage people to get involved.

I’ve also been pretty vocal about our lack of representation in West St. Paul. While we finally have a female mayor, only five women have ever served on city council in West St. Paul’s 129-year history. Racial representation is even worse (though it’s harder to quantify). As near as I can tell, West St. Paul has only ever had two non-white council members. We’ve had two Latino members, one of whom is currently serving—Anthony Fernandez. And that’s the extent of our diversity.

Lots of people shrug their shoulders, asking why that matters and shouldn’t we have the best candidate, regardless of their gender or race or age or whatever? Of course. No one is advocating for unqualified candidates.

But representation makes an incredible difference. If it didn’t, why was there such an incredible response to the election of the first black president? Why are my kids so elated when they see heroes who look like them?

Diverse voices bring different perspectives to the table and the community as a whole is better for it.

So run for office. Or encourage someone else to run for office and support them. Or volunteer. Find a way to get involved. Don’t just sit there and complain.

There are a ton of organizations out there to help potential candidates. Here are just a few:

“Don’t wait for someone else to come along and fight for your community—do it yourself.” -Hillary Clinton