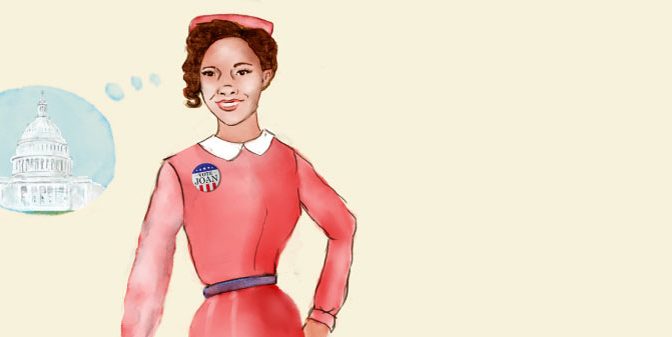 Before the election I wrote a blog post about women running for potential political firsts on my ballot. Only one of the three women I highlighted actually won, but it was still progress.

West St. Paul has its first ever female mayor in Jenny Halverson.

Yesterday a whole lot of women marched, making a powerful statement that they will not be ignored. It was pretty amazing. I’m inspired by all those bold women, and I want to see more women running for office.

For too long the political arena has been dominated by men, and I think when we’re so dominated by one, singular voice we can miss out on the contributions and perspectives of so many other voices.

So who are the women who could run for office in upcoming elections?  There are some offices up for election in 2017. A ton of positions will be on the ballot in 2018—school board, city council, mayor, representative, governor, etc.

That’s a big decision to make, and not something everyone is able or willing to do (myself included). But I’m sure we have qualified, willing women out there and I want to support them. Now is the time to start getting ready. If you’ve never done this before, running for governor (Minnesota has never had a female governor) may sound like a long shot, but city council is pretty attainable. One step at a time.

Women: Think about running for political office. I’ll support you.

Men: Think about the women in your life who should run for office. Encourage them to do it!

There are some great nonpartisan organizations and resources out there—such as She Should Run—that can help.

The first female mayor in West St. Paul is awesome. Now how about we get some women on the city council (currently 100% men)?

I should give credit where credit is due:

Now go forth and run for office. https://t.co/BUvv4LSdhy

(Kind of ironic that a woman inspired this post and gave me the resource to share, yet I neglected to give her credit.)