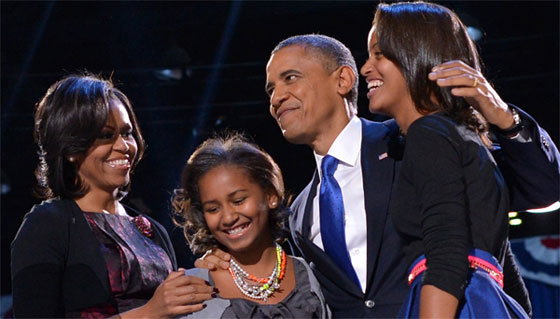 I have a hard time getting anything done on election day (that’s why I turned to a distraction). Even today I’ll need to process for a while (and I’m doing that here… get ready for a long post).

But as big as electing a president is, it’s not that big of a deal. We’ve had 57 of these presidential elections now and the country keeps going. Whichever guy you don’t like, the United States of America will carry on. We survived Nixon and Carter, Clinton and Bush. I’m not saying the president doesn’t matter, but in the grand scheme of things life will carry on.

I get that some folks are disappointed this morning. That’s OK. But the beauty of American politics is that we come together and move forward. You’ll have your election day again.

What I do ask, plead and beg is that people on both sides not be jackasses about it. Disappointment is to be expected. But hand-wringing, defeatism, conspiracies and snarky comments about why your ideology is better? It’s ugly. Face it: The American people voted and your ideology lost. You’re welcome to disagree, but let’s not disparage the country about it. It was ugly when liberals did it to George W. Bush and it’s ugly when conservatives do it to Barack Obama. And where I’ve been guilty in that, I apologize.

I’ve really valued the conversations I’ve had with people this year when we’ve been able to put the snarkiness aside and nobody is offended or angry. Too many comments these days, especially in social media, lack any graciousness. And it pays a price when I hesitate before engaging with you because I remember the offensive, ugly comments you made. For too many people they don’t reflect the person I once knew in real life. It’s hard to believe you when you talk about love and then spew hate.

And yes, it goes both ways. I hate it when Anne Lamott talks about Bush. It’s part of her needy, liberal, messed up schtick, but it’s ugly.

That’s why I’ve tried to tread lightly in politics this year (I know, that sounds dumb when the last week has been filled with political posts, but compared to 2008 that’s a major reversal). It saddens me when I see it in others, and I’m trying to avoid it myself. If I’ve made that offensive, ugly comment, I apologize.

I think President Obama said it well in his acceptance speech last night. I realize quoting the victor is probably salt in the wounds and I’m sorry if it is, but I think these words capture the spirit we should have. It’s easy for the winner to say that, but I hope they’re true. And I also hope they are more than words for Obama and that they translate into action:

We are an American family and we rise or fall together as one nation and as one people. …

Democracy in a nation of 300 million can be noisy and messy and complicated. We have our own opinions. Each of us has deeply held beliefs. And when we go through tough times, when we make big decisions as a country, it necessarily stirs passions, stirs up controversy.

That won’t change after tonight, and it shouldn’t. These arguments we have are a mark of our liberty. We can never forget that as we speak people in distant nations are risking their lives right now just for a chance to argue about the issues that matter, the chance to cast their ballots like we did today. …

I believe we can keep the promise of our founders, the idea that if you’re willing to work hard, it doesn’t matter who you are or where you come from or what you look like or where you love. It doesn’t matter whether you’re black or white or Hispanic or Asian or Native American or young or old or rich or poor, able, disabled, gay or straight, you can make it here in America if you’re willing to try.

I believe we can seize this future together because we are not as divided as our politics suggests. We’re not as cynical as the pundits believe. We are greater than the sum of our individual ambitions, and we remain more than a collection of red states and blue states. We are and forever will be the United States of America.

Those are inspiring words. If you disagree with the man who said them, I hope you can still find the inspiration in the words, the ideas, the notion that is America.

And as stirring as all that patriotism can be, let’s also remember that America is just a country. A great country, mind you, but just a notch on the timeline of human history, a tiny speck in the universe that is eternity. How you live today is much more important than who you voted for yesterday.

Sidebar: I’ve realized in the past couple weeks that about half the content of this blog is me trying to get ideas out of my head. Too often if I can’t write about these ideas, they keep rattling around in my head and drive me crazy. So it helps to throw them out here, whether they’re flawed or not, so they can see the harsh light of day and be judged for what they are. Plus, my brain can then let them go.

With that in mind, a few more scattered election thoughts I need to get out of my head:

One thought on “2012 Election Reflection”