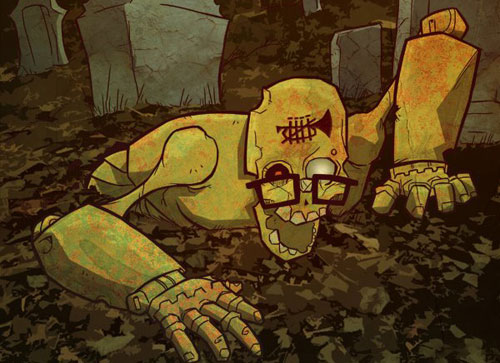 The Internet and the power of social media has breathed new life into the corpse of disbanded and broken bands, allowing reunions of the long lost music of your youth. When record company economics made it too difficult for those struggling bands, the Internet has found a way. Of all the recent reunions, none has excited me more than the rise of Five Iron Frenzy. And none has garnered the stories.

A ska-driven, nerd-core band of Christians, Five Iron Frenzy haunted the edges of the Christian music scene in the late 1990s and early 2000s, never quite finding full acceptance due to the two extremes of their off-beat humor and honest explorations of faith. But they had a rabid fan base.

That fan base proved itself by supporting Five Iron’s return, fully funding their Kickstarter goal of $30,000 in just 55 minutes. The band has since raised nearly $170,000 from more than 2,700 fans to fund their next album and tour. You have until Jan. 21 to support their effort.

Plus, you can get a new song, “It Was a Dark and Stormy Night,” for free.

In typical Five Iron fashion, it’s all a little weird. The headlining video on Kickstarter—usually a crucial marketing piece that should be well planned and produced—is a nearly 8 minutes of Five Iron lead singer Reese Roper wandering around in the desert pretending to be on a survivor show. It’s not until the final minutes that he actually talks about the reunion. Or there’s the second Kickstarter video from drummer Andy Verdecchio, a much shorter and—if possible—weirder video that tries to spoof pledge videos. (Though from the times I’ve interviewed both Roper and Verdecchio, I wouldn’t expect anything else. One time I was interviewing Verdecchio and two other band members and Verdecchio never said a serious thing in the entire interview.) There’s also the Relevant magazine interview with Roper made it sound like the band got back together because they had nothing better to do.

But it’s also Five Iron. Glad to have them back.